On June 25th a news feature in The Guardian reported that the Chinese government provides tours to foreign correspondents in a bid to promulgate benign perspectives of The People’s Republic. The newspaper cautioned that ‘at a time when news organisations are being pauperised, reporters who accept Chinese hospitality may risk compromising their own journalistic ideals… their very presence makes them tools of a Chinese state that uses them in domestic propaganda to shore up its own legitimacy… its advances can only weaken the “Fourth Estate” model of journalism.” A great deal is at stake in failing to protect the Fourth Estate model of journalism and its traditional role in forming a credible bulwark against the species of censorship adopted by China. Yet official censorship is only one manifestation of censorship in our time. We ignore at our peril stealthier threats to the freedom of expression, which have intensified since the pandemic struck this Spring. 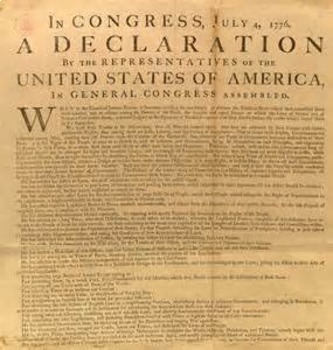 The assault on freedom of expression from the right, such as from autocratic governments, is simple to spot. It is easy to identify a critical mass of censorship, mandated by a strongman leader—in Putin’s Russia or Orbán’s Hungary. Equally, the Law and Justice party in Poland, which consolidated its power with a recent presidential victory, will now become even more determined to hobble what remains of the independent judiciary in Poland and to repress free speech.

But the biggest threat to free expression in the West today stems not from repressive governments or economic pressures on journalism but from the deadening conformity that has engulfed the media. A recent example of this is RTÉ’s decision to purge tapes from its archives a comedy sketch broadcast in March 1982. The sketch features an RTÉ celebrity, Twink, wearing black-face and acting as Gladys Day with her musical accompaniment, the Pits. RTÉ explained: ‘times have changed since then…content made in the past may no longer be acceptable by today’s standards…RTÉ will give due consideration to the content and make decisions in keeping with our editorial standards and audience expectations’.

This is a book burning. RTÉ is Ireland’s national broadcaster. Its archive, underwritten by the taxpayer, forms part of the national memory and record. It must be preserved to facilitate discussions, including painful ones. As it stands now, filmmakers and film scholars interested in accessing the wholly forgettable Gladys Day and the Pits sketch will be unable to find it in RTÉ’s archives. RTÉ experienced none of the coercion that journalists routinely face in Russia and China, which makes its capitulation to ‘today’s standards’ and ‘audience expectations’ all the more callow. At a time when the Chinese government is removing books from collections in public libraries in Hong Kong, despite a year of determined demonstrations to prevent such authoritarian incursions, RTÉ’s self-imposed defacement of its (our) archive is unpardonable.

The strengthening liberal propensity to censor plays straight into the hands of those who seek to limit freedom, and it is destroying liberalism. From every perspective—moral, political and practical—it is a dreadful mistake. It is stymieing the press from highlighting piecemeal and smaller-scale erosion of democratic rights when they occur. These incursions have intensified during the Covid-19 pandemic under the guise of protecting people. While there is a chasm between requiring citizens to take basic precautions against the coronavirus and censoring the press, governments have seized upon the chance to conflate the two. For instance, a recent satirical article that appeared in a German news sheet, Tageszeitung, referred to the police as ‘rubbish people.’ In response, German Minister for the Interior Horst Seehofer made a whopping claim: ‘A lack of inhibition in language inevitably leads to a lack of inhibition in deeds, and to excesses of violence, just as we saw in Stuttgart… We cannot accept this any longer.’ The incident in Stuttgart to which Seehofer referred was a protest against lockdown restrictions that led to a confrontation between demonstrators and the police. The journalist’s colleagues stood with her and prevailed against the threat of governmental censorship. Seehofer relented. It was the determination on the part of the journalists to uphold the principle of free speech that exposed Seehofer’s bullying for what it was.

Yet, despite free speech’s foundational importance for a free press, the self-styled liberal press increasingly silences voices merely on the grounds that the views expressed do not conform to the ever constricted view of ‘correct’ contemporary standards and expectations. A recent open letter in Harper’s Magazine decried ‘an intolerance of opposing views, a vogue for public shaming and ostracism, and the tendency to dissolve complex policy issues in a blinding moral certainty… We need to preserve the possibility of good-faith disagreement’. Irish novelist John Banville, one of the co-signatories of the letter, hit the nail on the head in his description of censorship from liberal sources: ‘A mob is a mob, even when its aims are benign—the end cannot be allowed to seem to justify the means’.

And, if maintaining a free press were not challenging enough, journalism’s business model is now almost completely shattered. Thousands of newspapers around the world, which were already at risk before the pandemic, now face an existential threat due to the economic nosedive caused by Covid-19. Many have closed since March. It is imperative to acknowledge what is lost when a newspaper disappears. Studies have shown that when local newspapers cover crime rates, monitor elected representatives and demand transparency their efforts have tangible results. Conversely, when media attention disappears, corruption and cronyism proliferate; voter turnout diminishes; local stakeholders are airbrushed by larger consortia; communities die. Above all, the watchdog dimension of journalism is imperceptibly replaced with a chilling of freedom of speech. The crisis for the free press to report ‘without fear or favour’ is inextricably linked with the crisis of liberalism to fulfill its own ideals. We urgently need to defend free expression and a free press—they constitute the cornerstone of Democracy.