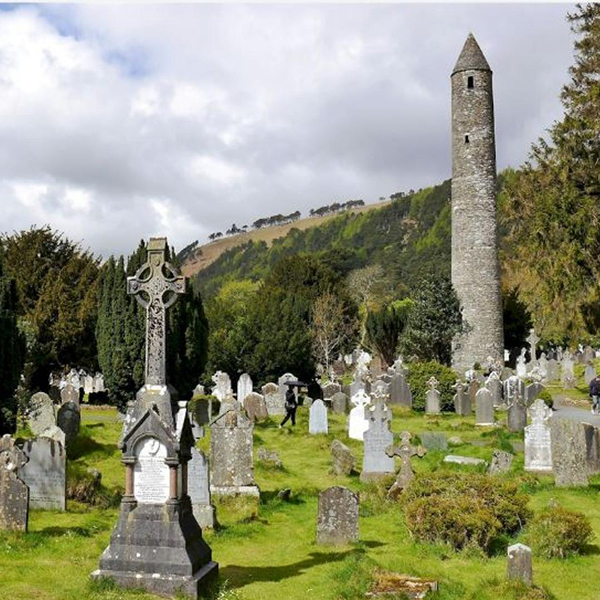 Sinn Féin leader Mary Lou McDonald, in opposition in the last Dáil, was apt to point out the contradiction of having an apparently strong economy and an utterly dysfunctional health system. For example, she stated in the Dáil last October that September 2019 had been “the worst September on record in terms of hospital overcrowding…[in which] 10,641 families…had to see a loved one suffer the indignity of a hospital trolley”. In the general election, the electorate demanded better. Now, irrespective of which parties form the government of the 33rd Dáil, the coronavirus crisis damages whatever chances existed of their demands being met.

Naturally, the health system takes on a heightened significance during a pandemic, and we could hardly be more vulnerable in this respect. Irish hospitals, even in normal times, leave patients, staff and visitors alike wondering if they will get out alive. At the time of writing, there are several hundred cases of coronavirus in Ireland, but if those numbers rise to Italian or Iranian proportions, our hospital system will collapse.

Such a collapse would trigger the necessity for emergency State aid and, consequently, major State borrowing. Yet the application of money transfers from Europe would happen against the backdrop of major changes in the European Union, changes that are already happening. If the coronavirus pandemic intensifies and lasts well into 2020, the recession that is resulting from it will pose a profound challenge to European integrity. The Common Market in Europe; the Schengen system of free travel across Europe’s borders; the right to live and work in another European country; the natural infrastructural connections between, and through, European countries: all are either suspended until further notice or hugely curtailed. Hard borders have emerged all over Europe. It is the right call, given the escalating pandemic that has infected most countries in the world, but it means that there is a deep recession ahead.

Given that nobody has worked out a way to buck the economic cycle of prosperity and accompanying recession, the wilful cessation of the world’s economic wheels that we are seeing is all the more remarkable. As it is unprecedented to stop the wheels of the economies like this, it may take an unprecedented stimulus to get them turning again.

Universal Basic Income, which has been piloted in small-scale experiments across the world, is now effectively being introduced nationally and extensively in Italy. The Italian government has rightly perceived coronavirus as disabling Italian citizens from earning money and it has responded by scrapping household bills, taxes and mortgage repayments. This is the reverse of European governments’ responses to the 2008 sub-prime crash when they—at the behest of the European Central Bank—recapitalised zombie banks from the taxpayers’ coffers and let people suffer. Italian Industry Minister Stefano Patuanelli last week stated that he would raise the budget deficit to 2.2%; it is now looking more like 3% and growing. Clearly, Italy intends to act unilaterally by prioritising the well-being of Italians over European economic rules.

Again, in contrast to 2008 and its aftermath when the bigger western European powers imposed austerity programmes on what it termed the ‘PIIGS’ (Portugal, Ireland, Italy, Greece, Spain), governments are taking pre-emptive measures to ensure societies remain liquid. Italy—and other European countries drastically affected by coronavirus such as Spain could be next—has called the bluff of the European Central Bank in dismissing austerity and timorous State intervention out of hand. The ECB will have to accept that countries such as Italy acted as they had to, irrespective of the impact on the euro currency.

Many European countries, including Ireland, have not fully recovered from the last global recession in 2008. It is true that Ireland’s GDP suggests exceptionally good times, but these gains have been very unequally spread. No patience remains to undergo another long recession while an elite benefits from the ‘recovery’. Coronavirus may be about to reveal this fundamental shift in European societies.

Europe has promised 40 billion euro from the European Investment Bank, which will go some way towards assisting people throughout Europe in these rattled times. But the credit ease and ‘debt holiday’ required from this mass stoppage of work and earning requires forbearance that is well beyond European norms. Yet what is the alternative?

Matters get more complex still when it comes to relations within the private sector, particularly in the rental market. In Ireland, hundreds of thousands of people find themselves suddenly unemployed. It is a matter of weeks before a huge constituency fails to meet their rental payments and they will seek the government to provide a solution. However, the Irish government is a ‘caretaker’ government, a transitional arrangement until a new government is formed. Recently in the Irish Times barrister Frank Callanan argued that the authority of a caretaker government to implement emergency measures is questionable according to the Constitution. Doubtless, the government would acknowledge this, and also that its authority to require a moratorium of private landlords is dubious. But, again, what is the alternative?

Many of our industries cannot function without the ‘open economy’ that Irish politicians are so fond of lauding. Tourism in Ireland, for example, could be faced with a complete wipe out this year. Galway City, after five years of hard work and concerted effort, won the 2020 European Capital of Culture accolade, which provides for generous funding to stage cultural events throughout the year—yet mass gatherings are now banned. Foreign Direct Investment, which generates circa 30 billion euro per annum, will remain a central part of our economy but it will be significantly hampered by the closure of borders and travel bans: 80% of FDI comes from the US. All in all, this is probably the most depressing St. Patrick’s Day period in living memory.