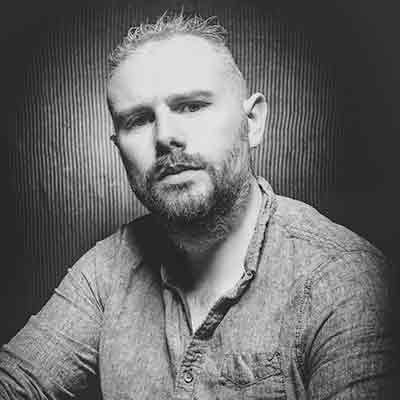 Offaly photographer Darren Kennedy. Darren will be traveling to the US for a very special reason. Darren is intending to travel Route 66 with a group this September in support of Temple Street. Darren will be photographing every stop along the way and plans to produce a book for the Christmas market with all proceeds going to Temple Street (Children's Health Ireland). Darren, 38, has previously spent time in Chicago and adored it and the welcoming people there.

Travellng Route 66 has been a dream for Darren as far back as he can remember (and by that I mean when he was four listening to Metallica.  Indeed, 'Wherever I May Roam' has been his favorite song for planning this trip).  He's always felt a great affinity with America, however his time in Chicago in 2018, where he spent Christmas and rang in the 2019 New Year, very much solidified his passion to undertake the Route 66 trip. In the time since he's been meticulously planning how to do just that and use his skills as a photographer for a good cause.

A link to Darren's Go Fund Me:

From its depiction in John Steinbeck's novel The Grapes of Wrath and classic movie Easy Rider, to the vast terrain and sweeping sights through Illinois, Missouri, Oklahoma, Kansas, Texas, New Mexico, Arizona, Nevada and California, Darren's book will offer a window into the legendary locations, people and history along the highway. Over two weeks and four time zones, Darren will chronicle each step of the way with an ethos he has nurtured throughout his career.

"Photography is not something I produce, it's something that produces a change both in myself and my clients. In all my years and thousands of photo shoots, I have yet to finish a project and not look at the world in a new way. The camera lens captures what the human eye leaves behind. I consider myself nothing less than a chronicler of the human condition, for better or worse. When you see my photos, I think you'll agree." 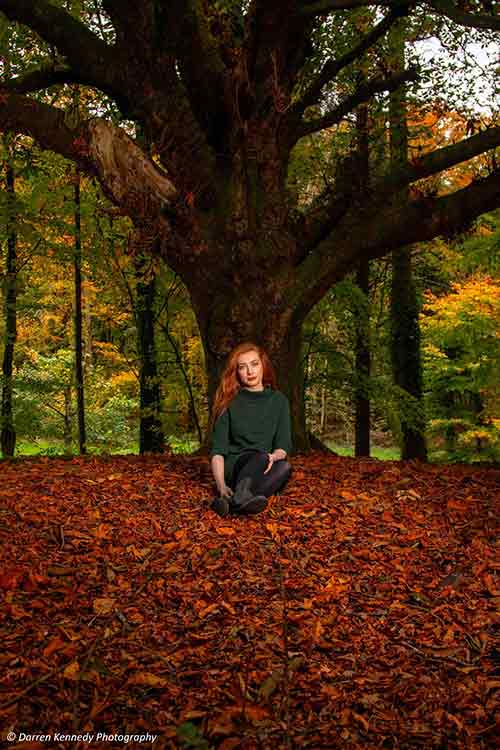 Darren's photography spans commercial and portraiture photography. From family occasions, to fashion spreads and headshots, Darren takes a tailored approach to each shoot. He is a member of the Irish Photography Association, and clients have described his work as "amazing" and "technically superb".

Darren has been a committed advocate for Temple Street for years, most recently coorganising a High Nelly Club fundraiser in the village of Clonaslee, Co. Laois in support of the children's hospital which raised €20,000. Undertaking the mammoth project of a book feels like a natural extension of his efforts to date, and Darren feels privileged to have the opportunity to challenge himself for a cause he is passionate about. The Offaly-born Kennedy has always had a natural affinity with children and, as a proud uncle, considers the heartbreaking realities families all over the country are facing when their child requires acute care. Witnessing the plight of incredibly young children during his previous efforts for Temple Street has brought a tear to his eye. 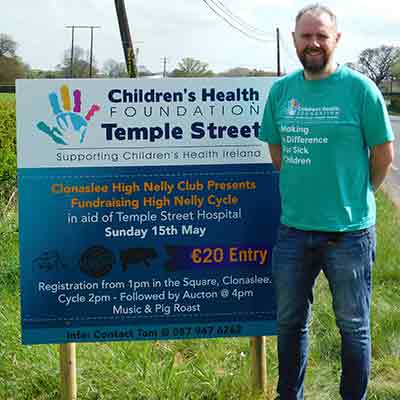 All Proceeds from Darren's book will support the acute pediatric hospital which provides care for over 140,000 children every year. Since 1872, Temple Street has been providing critical care at times when families need it most. Today, their work and research is just as essential as it was when they first opened their doors. Their more than 30 patient specialities include neonatal and pediatric surgery, neurology, neurosurgery, nephrology and orthopaedics. Donations are always needed for continued ground-breaking research, the purchase of vital equipment, patient care and parental supports which allow patients to enjoy their childhoods with play therapy and fun activities despite undergoing treatment.