As part of Enterprise Ireland’s six year strategy for Women in Business, the Level Project increases the number of women in leadership and senior management positions in Irish Small and Medium-sized Enterprises (SMEs). The initiative includes a new online Action Planning Toolkit for companies that want to take steps to improve gender balance in their workforce, and specifically in their Senior Leadership Teams.

“The aim of the strategy is to drive Ireland’s economic success by harnessing the full talent and expertise of our diverse population,” stated Leo Clancy, CEO, Enterprise Ireland. “Increasing the participation of women founding, leading and growing enterprises will result in better businesses and faster economic growth."

In 2020 24% of Enterprise Ireland’s High Potential Start Ups included a woman founder, up from 7% in 2011 and 22% of deals supported under the Halo Business Angels Network (HBAN) had female founders. Further to this, since 2013 75% of the funds that Enterprise Ireland supports through the Seed & Venture Capital investment have a woman at partner/investment manager level.

Building on the success achieved over the past 10 years, in 2020 Enterprise Ireland launched their cohesive 'Action Plan for Women in Business’ with The Level Project as the latest addition to it. Four key objectives underpin the comprehensive five-year action plan for women in business strategy:

"A government's response needs to be tailored to unique areas of support for fostering and supporting women-led businesses," said Sheelagh Daly, Entrepreneurship Manager, Enterprise Ireland. "We support capability development programs that help grow confidence, leadership and business acumen as well as initiatives aimed at improving gender balance in senior leadership teams. Enterprise Ireland is committed to the Action Plan for Women in Business not because it's a nice-to-have but because it's a must-have and makes sound business sense. When a country does not achieve its full potential, the economy suffers."

Irish Women-Led Businesses in the US
Ciara Donlon, CEO, Theya Healthcare
With the input of 80 breast cancer survivors Ciara Donlon, CEO & Founder of Theya Healthcare developed an innovative range of sustainable, post-surgery lingerie made from bamboo fibre. The bras and briefs are ideal for women who have undergone any type of breast, thoracic, pelvic, or abdominal surgery. They are also a perfect choice for women who are receiving chemotherapy or radiotherapy. Donlon has won and been shortlisted for many high-profile awards and is one to watch in the FemTech sector.
Áine Kerr, Co-Founder & COO of Kinzen
Kinzen is a technology company that helps platforms detect and disrupt disinformation campaigns and dangerous content. Previously, Kerr led global journalism partnerships at Facebook in New York and was instrumental in helping to create and execute on the Facebook Journalism Project and the News Integrity Initiative (NII). Before Facebook, Kerr served as Head of Content and Political Editor at Storyful before being appointed Managing Editor in December 2013. Kerr is a member of Enterprise Ireland's Going for Growth community, which assists ambitious women entrepreneurs to achieve their growth aspirations.
Dr. Patricia Scanlon, Founder & Executive Chair, SoapBox Labs
Dr. Patricia Scanlon holds a Ph.D. and has over 20 years of experience working in speech recognition technology, including work at Bell Labs and IBM. The SoapBox proprietary speech recognition software caters to kids' unpredictable speech patterns and behaviors, is accurate across global accents and dialects, and works in the noisy environments that kids inhabit. An acclaimed TEDx speaker, Dr. Scanlon has been named one of the world’s top women in tech by Forbes and a “Visionary in Voice” by industry-leading publication Voicebot.AI.
Dr. Fiona Edwards Murphy, CEO, and Co-Founder of ApisProtect
ApisProtect uses unique, innovative technology to help beekeepers prevent losses and increase productivity in their hives. ApisProtect machine learning technology gathers global hive data to understand bee populations and suggests actions for improved colony health. Dr. Murphy was recently welcomed to the Forbes 30 Under 30 Europe Class of 2021. She was recognized by the Irish Technology Group as one of their 2020 Silicon Valley 50 Honorees and won the Silicon Valley Forum Women in Tech Pitch Competition 2020. FoodTank listed her as one of 15 Leading Women at the Intersection of Food and Technology in February 2021.
Sonia Deasy, Co-Founder & Co-CEO, Pestle & Mortar
Deasy became determined to find a simple daily skincare solution to remedy dull, dehydrated skin. Driven by the belief that skincare shouldn’t be complicated, she created a line of simple, highly effective skincare products. Pestle & Mortar is now stocked in 30 countries across three continents. The range has been endorsed in some of the most prestigious international magazines, including Vogue, Vanity Fair and The New York Times. 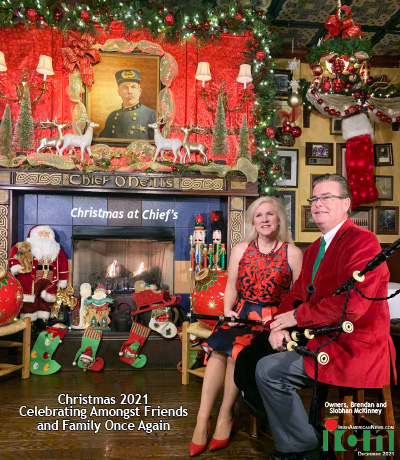 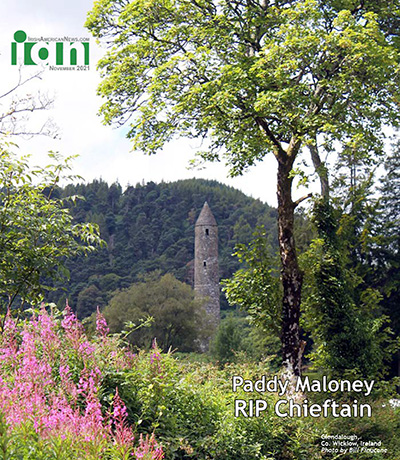