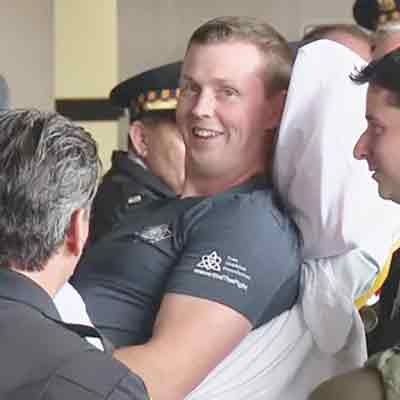 Southside Irish are showing the world what they’re made of lately with their fierce campaign to FIGHT LIKE A GOLDEN. It’s the new motto of all friends and family of Chicago Police Officer Danny Golden, who was shot in the back early last Saturday morning by a villain with an automatic weapon.

Danny had just broken up a fight on the street outside a pub and talked the combatants into going home to fight another day. As they dispersed, the dirty blagguards went to their car, seized a gun, and began shooting and a bullet struck Danny in the back, severing his spinal cord. Friends loaded him into a car and rushed him to hospital saving his life.

But the prognosis was not good, Danny was paralyzed.

Word of the crime spread like wildfire across Western Avenue and Chicago police quickly apprehended three African American individuals responsible for this cowardly act.  They were jailed, charged with attempted murder, and held without bail.

An outpouring of love and outrage at the crime hit Western Avenue like a tidal wave. Danny’s family started a “Go Fund Me” page to cover medical expenses and it continues to climb toward the two-million-dollar mark One anonymous friend donated $50,000 and celebrities like Vince Vaughan, and quarterback Tom Brady sent videos of support to Danny.

The Patrolmen’s Benevolent Association has also started a fund to help defray expenses for Danny and his family.

Thousand packed St. Rita high school for a prayer service on Thursday night as the community came out to lend support and pray for a quick recovery for Chicago Police Officer Danny Golden.

Officer Golden was released from Christ Hospital in Oak Lawn this afternoon, and is headed to the Shirley Ryan Ability Lab where, with the help and prayers of the Southside Irish community, he will begin his miraculous recovery.

Last Wednesday night two friends of Officer Golden, Liam Hopkins, and Jack Gorman, appeared on Hibernian radio at The Cork & Kerry Irish Pub to exhort the community to stand with Danny in this fight. The show will be streamed online Saturday night at 7PM on Global Irish Radio, GIR.ie, and podcast on hibernianradio.org starting Sunday night. 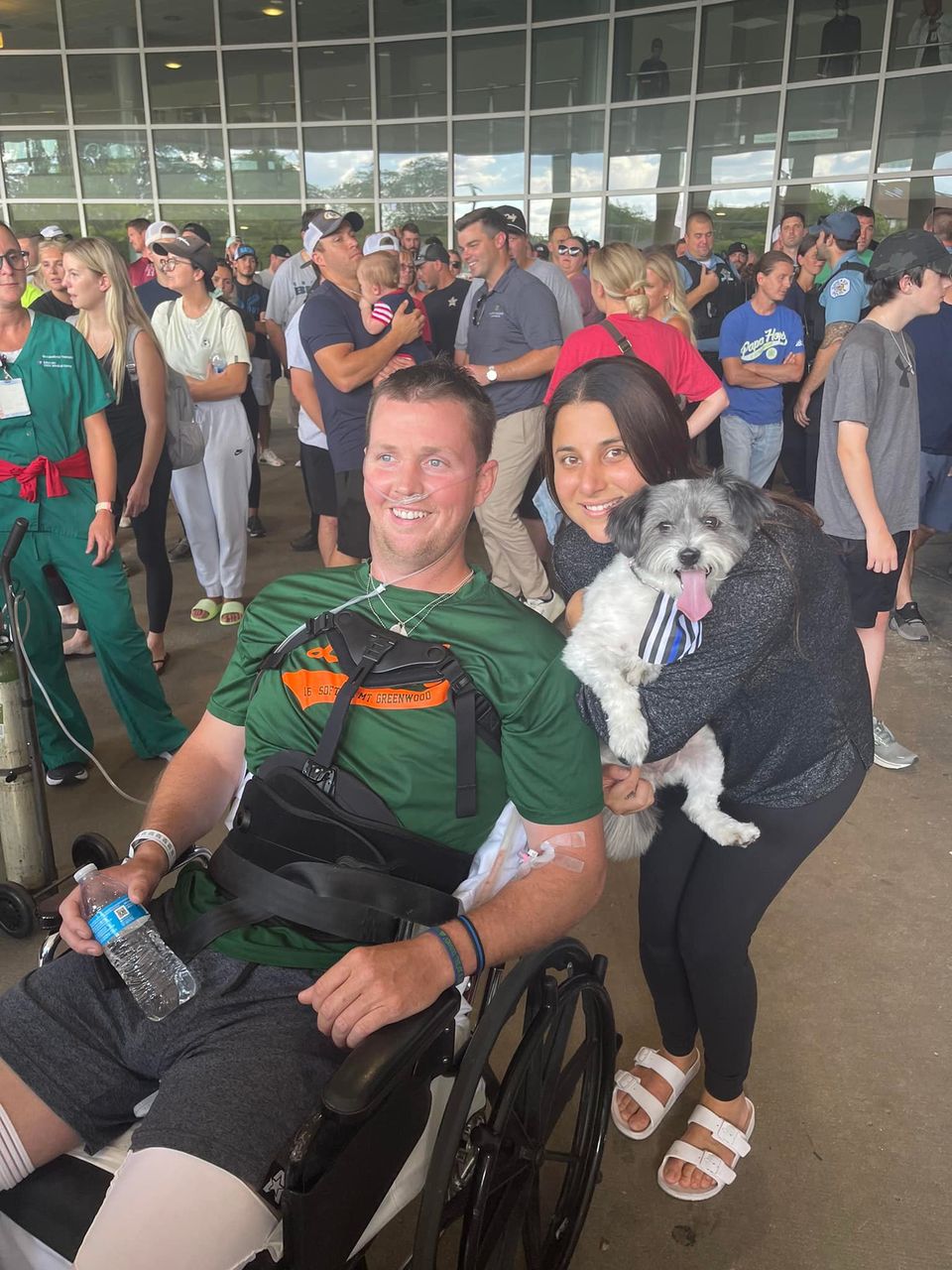