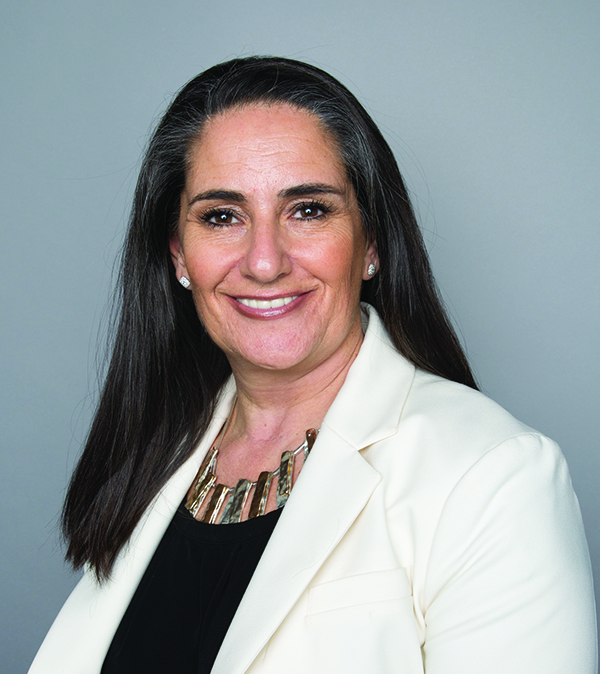 “Families don’t know what they don’t know until they are up against it, so to speak,” says Aishling Dalton Kelly, (pictured) founder and CEO of Aishling Companion Home Care and the Aishling Care Academy for certified nursing assistants, both based in Orland Park, Ill.

She speaks from personal experience.

“My dad had six weeks to live,” she says.  Despite the prospect of losing her job, Kelly packed her bags and caught the next plane home.

Kelly recalls that, to her surprise, her father’s greatest concern was not his impending death, but rather the wellbeing of his wife, who was in the early stages of dementia.
“That’s really where my whole journey with homecare, started,” she says. “I knew nothing about hospice care, or dementia, for that matter.”

“He sat the nine of us down one by one.  He told us to take care of one another, to stand strong together, and to take care of the love of his life,” she says.  “I cherish those intimate conversations with my dad.  I observed how you prepare to die while you’re still living.  He was so incredibly brave and honest with each and every one of us.  I was so thankful we had that opportunity to speak honestly to him and to hear his wishes while he was well enough to have that talk.”

Navigating her father’s hospice journey stirred a new calling, and Kelly returned to the US, determined to open her own home care business.

After a brief stint with a business partner, one that ended in irreconcilable differences after a few short weeks, she decided to go it alone.

“I sat up for the whole entire night and filed an entirely new corporation (by myself)” she says.  “I was trying to think of a name that would represent who I am, something from my heritage and a name that would do my parents proud.”  After hours of consideration, she settled, somewhat uncomfortably, on her own name.

“Aishling in Gaelic means ‘a dream,’” she explains.  “It seemed so practical to use my own birth name for my new company, and that’s what this entire journey has been for me, a dream in the land of opportunity.”


Today, nine years later, she has a booming home care business, but it came with bumps and bruises that many new small-business owners encounter.

“I didn’t get any manual that tells you how to be a businesswoman,” she says.  “I’ve made a lot of mistakes, and I can honestly say that when you make a mistake once, you don’t make it a second time.  You pivot fast.”

For Kelly, the learning curve has been steep but welcome.

“There isn’t a day that I don’t go home and say, ‘Well I learned something new today,’” she says. “I don’t ever want to be a hamster on a wheel.  If you are not expanding your brain and learning something new every day, you’re actually killing yourself slowly from the inside out.  You should always be reaching further and growing to keep yourself in the game and ahead of the curve.”

More often than not, Kelly encounters families that have been caught unprepared, and she and her team provide a wealth of information on home care and everything it encompasses.

“For me it’s important that we help families.  We want to be a resource to let them know what’s out there in the community.  Many times families are simply not aware.  This is their first time dealing with this.”

With that in mind, Kelly encourages people to plan ahead.

“I can’t stress that enough,” she says. “Fail to plan, plan to fail! I’m a firm believer in this. You have to educate yourself on future matters before you need them, not when you need them.  Now is the time to give some consideration and thought to aging and the possibility that one day you may be sick,” she explains, emphasizing that if individuals think ahead about their own mortality, they may spare their family members and themselves a lot of stress, drama, regrets, and sorrow.

She doesn’t just dish out that advice, she takes it herself.

“One day I am going to die.  It’s a certainty.  No one escapes it.  And I want to have things in place so my family can enjoy me for whatever life throws at us and not have the worry or pressure to make decisions for my care needs.  That’s simply not fair to my family.”

Regarding the home care piece, Kelly and her team work to help people maintain their independence and to keep people at home as long as possible.

“Everybody thrives at home.  They’re in their safety net,” she says.  There simply is no place like home, most especially when you are unwell, and your health is failing.”

Frequently, Kelly receives inquiries from families who are forced to hire a caregiver in an emergency manner, she says.  “Someone at home is suddenly sick, but they often don’t understand how to select a home caregiver and all that it encompasses.  They want to hire an agency because they like the sound of a voice on the phone.  I tell them, ‘You never pick (a home care provider) by talking to them on the phone.  You should always interview two at minimum, three if possible, so you have a choice.’”

At that stage, she says, agency owners, like herself, arrange for a free assessment where “the good, bad, and the ugly” are discussed. The agency goes to work and selects the caregiver who is the best fit based on the family’s level of care needs.

Often, Kelly says, families are unable or unwilling to initiate a conversation about hospice, despite caregivers witnessing a client’s steady decline. (l to r): Aishling, Grainne, John F, Helena, Kate, and John Kelly
Family members “don’t want to be the burden of bad news. (They feel they are) commissioning their loved one to death,” she says.  “I say, ‘Hospice is not about dying.  It’s about living the fullest life you can for the time you have remaining where the medical professionals come to you and compassionately work alongside home care and family members. I witnessed this first hand in my personal story with my father, and I can’t emphasize enough the truly amazing work palliative and hospice companies deliver to families.”

In addition to providing home care, Kelly’s company offers community-based educational events for seniors that cover topics such as Medicare; fraud; wills, trusts, and guardianship; reverse mortgages; benefits for veterans; and many other topics.

As her job and the responsibilities of her home care providers have become more challenging in the face of COVID, she has also found silver linings.

“We’re all being forced to do things technology wise that perhaps we were not doing before, and that’s a good thing,” she says, reflecting on a Zoom call she facilitated for a large family.  “Afterward, the sister just called me to say thank you and said, ‘I’ve never talked to seven of my family members about my mother before, in an organized fashion where we don’t all speak over one another.  To all be in one Zoom room and have the opportunity to have a civil, focused conversation was truly amazing.’”
An educator to the core, Kelly also offers advice for future entrepreneurs planning on going into business.

“Number one is you need to get it all legally in a contract – you can’t afford not to put the documents in place.”

After that, she says, it’s imperative to have a well thought out business plan, so you know where you are going at all times. “Keep that vision up front, know where you want to go,” she says.  “I never let anybody talk me out of what I want, and believe me, many folks have tried and failed!  Make a commitment to yourself to leave the world a little better than the way you found it. That will keep you focused and driven for sure! My goal is to be that trusted voice and representative in the community for families who are in a situation such as my family was. I want to be their guiding light when they don’t know what they don’t know.”

Skylar Thompson: Embracing His Heritage as Black, Irish and British Too