By Thomas J. O'Gorman
Thomas J.O’Gorman is a Chicago artist and writer, a columnist for Inside Publications , and the Historian in Residence of the Irish Fellowship Club.

Fred Krehbiel the Industrialist/philanthropist has died. He was, of course, to many, first a friend. Then, an accomplished man of taste and refined reason. A stalwart in the Krehbiel family’s ‘Croesus-like’ billion dollar industrial success.

But his great accomplishment in life was to demonstrate to others the goodness of generous living. And the moral rectitude of human compassion. Though I would add a third achievement by which he transcends the limits of fortune, fame or quiet  refinement. Marrying the love of your life.

Long ago Kathleen Krehbiel cracked the shell of Fred’s world. He was never the same. She enhanced his dignity and brightened every sky. Her farm-fresh Irish character transformed everything around her. Not least of all the man himself. Over time, Fred, it seems, came to know and understand the heroic cultural achievement  of the Irish as if he was birthed under the soft wet skies of Celtic hegemony. Or the cobbles of old Dublin. Kay was transformative.

Fred came to know Irish life soul by soul. Turf sod by turf sod. Every picturesque stone cottage, thatched roof, Georgian country house and fine wrought 18th century chair. Always seeing the exquisite hand of the Irish artisan in every painting, public building, plastered ceiling design, silver pitcher, antique linen napkin or robust salmon. He gave much of his life protecting and guarding such cultural patrimony. Always treasuring the measure of art and architecture in the Irish saga. A longtime supporter of his late friends the Honorable Desmond Guinness and the late Desmond Fitzgerald, the Knight of Glin, Fred Krehbiel saved in countless ways the treasures of Ireland’s greatest accomplishments.

Fred underwrote the literary publishing that gave 18th century Irish art and architecture life and international recognition. He and Kay welcomed visitors and supporters to the refined venues that was the landscape of their fabled love and Irish romance. Churchill, their  gentleman’s farm in County Kerry, their sunny Palm Beach manse, their beloved Lake Shore Drive Chicago city home and their treasured Chicago Club, the Casino. They hosted and entertained Irish presidents and prime ministers in Chicago, as well as Irish aristocrats, like the Earl of Ross and Lord O’Neill. And  literary heroes like Seamus Heaney, and garden heroes, like Helen Dillon and James Reynolds. Fred’s support for Ireland’s treasures reached their most refined exposure in 2015 with the exhibition at the Art Institute of Chicago, “Ireland: Crossroads of Art and Design, 1690-1840.”

Fred Krehbiel’s devotion to Ireland’s artistic and architectural life has no contemporary equal. His generous embrace of Ireland’s cultural antiquity has been heroic. By the measure of the world it can only be explained as a romance. A relationship of the heart. Dialogued in the ancient language of the soul where sympathies and discoveries are doors in the wall of time. Only opened by the truly courageous. And the truly wise, willing to  hunt through the layers of human hope and beauty. Recognizing in the ability to act financially bold and artistically adroit the eternal clues and truths that banish the darkness of the world, exposing the sunlight and fresh air of healing hope. As intoxicating as a win by the Chicago White Sox, the team owned by his uncle, the immortal Bill Veeck. Filled with a confidence that sometimes you can win a pennant.

I believe Fred could smell the future of such hope in the fragrant air of 18th century Ireland. It carried him into a remarkable humanity. With style and grace he opened that same door for us. Cracking our shells.

Ar dheis Dé go raibh a anam.   “We will not see his like again.” 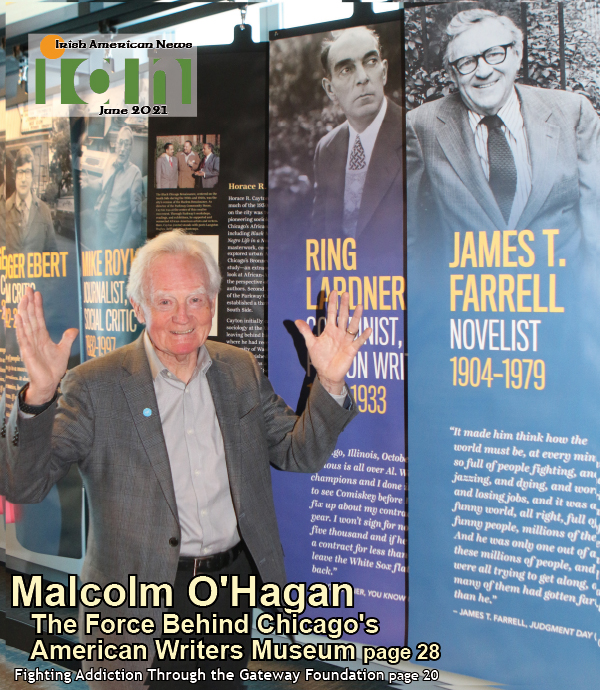