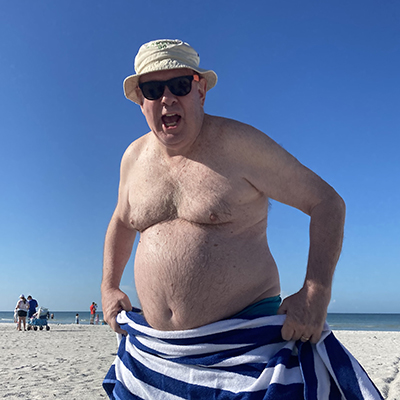 Mike, I need a producer for my new movie would you be interested? We are shooting in Cannes May 15-20.

Uh…wait…what? Do I want to shoot a film in Cannes on the Ides of May?

What could go wrong?

If interested let me know and we do a call urgent!

The text messages above were sent to me around 4:30AM Chicago time earlier last month.

I called my guy Mark O’Connor in Dublin and asked him. So, what’s the deal?

He’s an old pal from our Annual Irish American Movie Hooley film festival, directed a movie called CARDBOARD GANGSTERS, one of the best Irish gangster movies I’ve ever seen.
We had many laughs when he was here for the Chicago premiere. The Hilton hosted Mark and his family for the weekend. A friendship was formed. We hoisted pints at the bar in the Fitzpatrick Castle the next year and on another trip, we bar hopped through Dublin swapping stories of gangster movies we love.

For a hot shot Irish film director, he’s low- key and always seems to be amazed by whatever he sees and hears. He’s watching the world and digging it.

Plus, he’s legit! He’s helmed several films and TV series in Ireland, and he has chutzpah up the wazoo!

So, I’m flattered to be considered for this gig, line producer for a week in Nice, living in a rented villa with the cast and crew on the French Rivera shooting the trailer for a very funny film entitled

But I’m also wary of yes, what COULD go wrong?

And I started to think…what if?

Next thing I know I’m wrapped up in the villa, the pool, bikinis, cocktails, me in a speedo, sure I’m fat, but we’re in the south of France so who the feck cares? Go with the flow baby.

Now we’re on a yacht and everybody is speaking French. Suddenly I realize everybody is staring at me, the fat yank in the speedo, half-drunk who just realized he’s supposed to be “producing”.

Finally, one of the actresses, said, “Monsieur Houli, what is your first name?”

She had a cool way of saying it as she jiggled her boobs in her orange bikini and laughed.

We’re laughing and I catch the reflection of myself in her sunglasses. I’m wearing shades, speedo, and goofy Panama hat, and I’m telling her, “Yeah, dat’s right, Pierre Houli, at your service.”

And then she stops laughing, put her hands on her hips and sez, “Well now Mr. Pierre Houli, Mr. Producer? Where is our lunch?”

“Where is our lunch?” and then she broke into French, “Merde”, and other French dirty words I can’t remember.

At one point the gendarmes met the yacht and put me under arrest for hitting a goat on the road coming back from Monte Carlo very late the night before. It’s just 25K from Nice.

This was after I fell in the pool and crawled out, barfing the twenty oysters, I had consumed for breakfast hoping to put some lead in my pencil!

The tabloid newspaper had me on the front page, “Yank Producer Runs Amok in Cannes”, with a very unflattering photo of me in my speedo with a drink in my hand screaming at the photographer.

I was way out out of my element for a 73-year-old aging groove dog who loved to party, didn’t speak the language, and kept shouting “vive le difference!”, hoping to get a laugh from the now very snobby frogs.

So, I called Mark and told him I don’t think I can do it. Like Lt. Harry Callahan in Dirty Harry, you must remember, “A man’s got to know his limitations.”

So, discretion was the better part of valor and like Falstaff I trudge away from another battle. I am old. I am old.

But I know every time I see or hear about the Cannes Film Festival, I will think fondly of my missed moment on La Croissette as Pierre Houli in Oui Cannes!