Compiled and Edited by Sabina Clarke

MacDara O’ Conaolo manager at MacDara Music is a native of the Aran Island of Inishere. In his 2006 album ‘The Love Token’ he sings a hauntingly beautiful song composed by the blind poet Raftery.
In Irish, which he speaks fluently, the song is Caislean an a’ tSleibhe .    Although the album is sold-out it is available on Amazon at macdaramusic @gmail.com.
Antoine Ó Raifteiri was an Irish language poet who is often called the last of the wandering bards. He was born on March 30, 1779 in Kiltimagh, County Mayo and died on December 25, 1835 in Craughwell, County Galway. He is buried in Killeeneen Cemetery in Craugwell.
“Raftery was a very interesting guy. I have only scratched the surface regarding his life and songs. A bit like Shakespeare, some songs attributed to him may not have been composed by him and vice versa. Baile Ui’ Laoi ( Ballylee) is a small village in County Galway and very much his stomping ground. W.B. Yeats and company had a tower Thoor Ballylee which was unfortunately devastated by floods in recent years where they would   meet and discuss ancient Irish music, myths, extraterrestrials, folklore and the wee people-the leprechauns.
So even though this song by Raftery that I sing is a sad melody, it is actually a beautiful song admiring a woman.
As a musician, I play the bodhran mostly at concerts and although I
dabble in songwriting-- but where I come from there are so many songs already. I also give light-hearted informative talks at colleges and universities about growing up on an Irish speaking two mile square island off the West Coast of Ireland.
Inis Beag, a fictitious name for one of the many inhabited, rocky, barren islands of the Irish Gaeltacht published in 1969 is a very good book by John C. Messenger and is based on life on my island of Inis O’irr in the late 1950’s.
Artists love the Aran Islands for its magic!”
Reporter’s Note:  Below is a poem titled ‘The Poet Raftery’ by Blind Raftery --. one of the poems selected and translated by Criostoir Flynn   from his book   Blind Raftery. Raftery’s   poems are in Irish and translated in English.  . 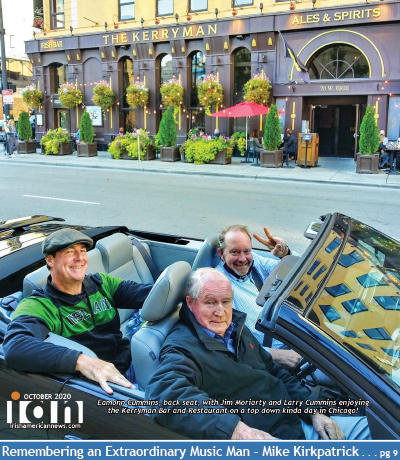