Bartley Hannigan, the protagonist, is summoned to the farm of his father, “Happy Hannigan,’ in Tyngsborough, MA. His father recounts the strange happenings around his property (the nightly wail of a banshee, and a “little man” in his wine cellar) which he believes are connected to an old Irish family curse on the Hannigans, and his own impending demise. Bartley dismisses his father’s fears as imaginary and advises him to seek professional help; however, Happy Hannigan does, in fact, die soon after, and Bartley inherits the farm. Before his death, Happy Hannigan had sent for Cornelius O’Tuama, a seventh son of a seventh son from County Cork, to get to the bottom of the strange phenomena. O’Tuama arrives, and soon focuses on a stone circle on Bartley Hannigan's property. This circle had always been thought to be a “Victorian folly” constructed in the late 1800’s to add Old World charm to a scenic spot overlooking the Merrimack River. In reality, it is an ancient "magical enclosure," constructed by early Celts who came up the river at about the time the Vikings were in Newfoundland. The reader learns that they were killed by Native Americans in a battle at the circle. Eventually, Cornelius discovers that the strange events on the farm and surrounding woods are due to the presence of an ancient Celtic goddess, the Morrígu, who had come across the sea with the Celts. It was their belief in her that sustained her. Since their destruction, she has been stranded in the New World, and will need their help to return.

Buy Book Here!
There are a few subplots. As Bartley’s marriage disintegrates, he falls in love with a stripper who, unbeknownst to him, is an FBI agent working undercover. There is the high fantasy of the stone circle and Irish mythological beings, and a cast of entertaining characters, including a “little man” who frequents Bartley’s wine cellar, a “psycho poet” who is in love with Bartley, a Mafioso hit-man with very bad luck, and of course, the Irish “banshee-hunter” Cornelius O’Tuama.

It's also a tale of a modern man finding out that things he thought were bullshit are real, while a lot of the things he thought were real, such as his marriage and his job--are bullshit. The novel will certainly appeal to teachers, to those who are interested in Irish folklore, and to anyone who appreciates a literary story laced with humor. As a teacher of some decades of experience, I understand the daily frustrations of teachers and the ever-increasing difficulty of the job. This topic came up for discussion on a Boston radio show recently, and the host was immediately inundated with calls.

I've published over thirty stories in literary reviews, including three stories in The Massachusetts Review, which is a tough nut to crack. “The Hipster’s Hopper” was nominated for a Pushcart Prize by the Mass Review editorial staff; another was published in their fiftieth anniversary issue. I won the Helen Literary Award for best short story a few years ago, (“Work, Music and Love”) and received honorable mention (“St. Lucy’s Day”), in a short story contest in Britain at the Open Road Review.

I realize that for an Irish-American to mention “Irish mythological creatures” might evoke fears that the novel is a shallow or stereotypical rehash of a lot of hackneyed themes. It may be relevant to add that I attended university in Dublin, that I’ve studied the Old Irish language as well as modern Irish, and that I have a Master’s Degree in Irish Literature. This is a comic novel that uses what might be called high concept or magical realism as one element of the tale, but its themes, characters and plot are original.

Reading Stephen O’Connor’s antic carnival ride of a novel, I felt very much in the presence of J.P. Donleavy’s Ginger Man with the denizens of Neil Gaiman’s American Gods watching from the gallery, throwing peanuts and cheering me on!
The book is a vivid, comic romp, with wry insights about practically everything. Well worth the price of admission.
David Daniel, Author of Inflections & Innuendos and the Marble Kite

After his wife leaves him and he inherits his late father’s farm — where he discovers he’s not exactly alone — Bartley Hannigan, an average middle-aged guy, finds himself at the center of a not-so-average mid-life crisis. Smart, funny, and quick-witted, this entertaining tale offers readers everything from Mafia thugs to a bonafide Irish banshee hunter, with a Mexican stripper and ancient Celtic warriors thrown in for good measure — a lively read for a lazy weekend.
Emilie-Noelle Provost, Author of The Blue Bottle

Steve O’Connor’s new novel, This Is No Time to Quit Drinking, reads as though John Kennedy Toole moved to a New England farm, spent years poring over ancient Celtic texts and reading old copies of Black Mask magazine, then wrote a sequel to A Confederacy of Dunces.  The brightest comedy is intermingled with gray shades of regret and sadness, and that literary accomplishment is reflected in O’Connor’s latest work.
Jay Atkinson, Author of Massacre on the Merrimack, City in Amber, Paradise Road, et al. About the Author
Stephen O'Connor was raised and still resides in the old mill town of Lowell, Massachusetts, where much of his writing is set. (Jack Kerouac’s last house in the city is right up the street). As a young man, while visiting relatives in Ireland, he picked up Joyce’s Dubliners, and so began a life-long interest in Irish Literature. O'Connor studied Old Irish at UMASS under Dr. Maria Tymoczco, and modern Irish at the International Institute in Lawrence. Later, he did a Master’s Degree at UCD in Irish Literature. He worked for a while in France, picking grapes, putting snow tires on cars, playing fiddle on the metro, and assisting a lumberjack. Upon his return to Lowell, he married Olga Ortiz, a Colombian immigrant, with whom he has two grown children. He speaks French and Spanish, but no longer much Irish. He's lost it for lack of practice, but retains a keen interest in Irish mythology and folklore. He teaches ESL at a local high school. 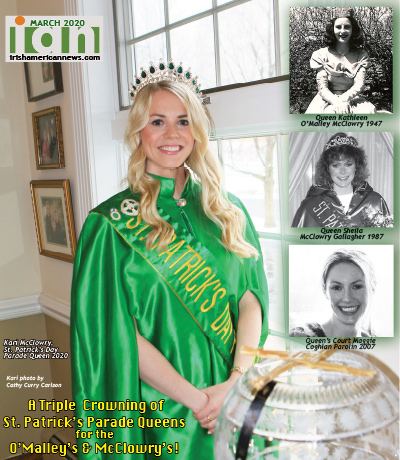