Quicker Than A Flash

On September 29, 1988, eighteen-year-old Mike Cafferty was cruising the streets of Chicago’s South Side after midnight with his buddies. Like millions of teenagers, he thought he was invincible. Quicker than a flash, his life changed forever. Mike woke up in a hospital with screws in his head, surrounded by his family, including his stoic father and hysterical mother. Once a champion swimmer, Mike was told he’d lost use of his body from his shoulders down. He would be a quadriplegic for life.

Driven, written by Mike Cafferty and published by Wayzgoose Press, is the gripping, funny, inspirational memoir of that devastating night and the courageous days and years that follow. From the lowest of lows to the highest of highs, Driven takes readers on a rollercoaster ride of devastation and despair, alcoholism, love and loss, and ultimately perseverance, achievement, faith and family.

Along the way, Driven shows the incomprehensible challenges those with severe disabilities face as it inspires anyone to overcome obstacles in their own lives.
Order Book Here! Kindle or Paperback

“Replacing self-pity with a wicked sense of humor and a relentless drive to live his best life, Mike has accomplished more without using his arms and legs than most people do with two of each. Driven will make you laugh, cry and see your life in a whole new way.”
— David Henry Sterry, author of Chicken: Self-Portrait of a Young Man for Rent
“An authentic window on life with disabilities.”
— Maureen S., Amazon book review
“Beautiful. Funny. Inspiring. Mind-boggling.”
— Emma Woodhouse, Amazon book review About the Author
Mike Cafferty was a quadriplegic, paralyzed from the shoulders down from a car accident in September 1988. He uses a sip-and-puff wheelchair to ambulate; a voice-activated program to operate his computer; and a mouth stick to turn pages, write, and dial and answer the telephone.

Cafferty was a lifelong resident of Chicago, growing up Catholic on the city’s South Side with two sisters and immigrant parents from Ireland. He was a championship swimmer in high school, setting records that stood for many years. After his accident, he attended junior college then graduated from the University of Illinois with a bachelor’s degree in psychology and a minor in Spanish. After graduating from DePaul University College of Law, he took a job as an attorney for the Cook County Public Guardian’s Office in Chicago, assisting mentally incompetent clients with their legal and financial affairs. He is also a member of the Chicago Bar Association and the Illinois Spinal Cord Injury Association.

Postscript: In 2019, Cafferty was diagnosed with stage IV colon and liver cancer. Driven, a memoir years in the making, was published the day before he died. His family was able to read passages of his book to him at his bedside before he passed away. He is survived by his wife of 10 years and two young children.
Order Book Here! Kindle or Paperback

Dublin in the Sun 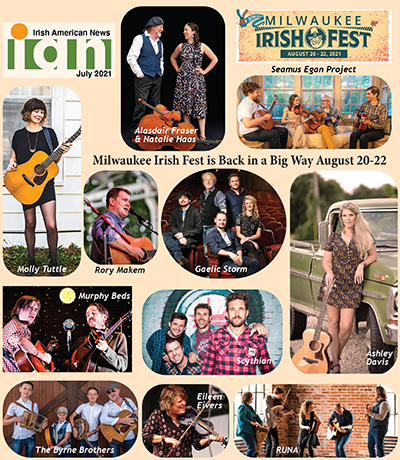